Every now and then, I’ll have a bad day – and I mean, a really bad day. One where I’ll wake up with pain on one side of my back, trip over something on the way to the bathroom, get tangled in the pile of clothes on the floor and then forget to check the water temperature before jumping into the freezing cold shower. Don’t even get me started on accidentally spraying deodorant on my toothbrush and putting Listerine under my arms.

Okay, so those last few are a bit of an exaggeration – but I’m sure you catch my drift! We’ve all had those kinds of mornings – and while my morning last Sunday started out nicely with a Mother’s Day breakfast at a Cafe up at Mount Coot-tha (for aforementioned mum), it didn’t end well – with my computer working perfectly one minute, and then acting as if someone had poured a bucket of sand on it the next. Here I was, doing something common and inconspicuous like copying a file from a CD to my hard drive when the little flying bit of paper on the “Copying…” dialog stopped mid-flight. I moved the mouse – nothing. I pressed random buttons on the keyboard – nothing. I mashed the keyboard a little harder – still nothing. Not a good sign – but it happens from time to time on computers.

So I decided to press the ‘Reset’ button on the front of the computer. All was good – until it got to the POST (Power-On Self Test) and told me that the hard drive I use every day for storing my programs, for running Windows Vista, etc, was no longer valid and working. I remained fairly calm initially, as I turned the computer off for a few minutes and tried it again – no luck. So I decided to do what all angry / hopeful computer users should do – sleep. Unfortunately with my mind racing a million miles an hour (wondering exactly when I had last performed a backup – and what precisely that backup comprised of), sleep didn’t come to me. So I went back and tried the computer again. No luck.

After some further investigation, I noticed the drive was making a bit of a clunking noise when it sat idle – not a normal sound by any stretch of the imagination. Several hours later (after virtually taking the whole computer apart & running all kinds of low-level tests), I came to the unfortunate conclusion: the hard drive had died. No local computer store is open late on a Sunday afternoon, so I left it at that – made myself a nice cup of tea and went to watch some recorded TV on the Xbox360 Media Centre (at least one of my other machines still worked!).

The next afternoon, having returned from a day’s hard work in the office with a handful of brand new (albeit somewhat larger in capacity) hard drives from the local computer supplier, I began installing Windows Vista again. A brand new fresh install – and all of my programs too, for that matter! It was at this stage that I realised something – although I had a weekly backup of my data drive (from 2 weeks ago, mind you – so much for a ‘weekly’ backup hey?), all of the files on my computer’s “Desktop” don’t reside on my data drive – they reside on the C: drive – yeah… the same one that died. Doh!

So what’s the moral of this story? “Make backups!” – would definitely have to be it. But I’ll go one step further and say that even though you may have a backup, it’s pointless unless you test it, and always make sure that you update it regularly with the latest files! I learnt from my mistakes last weekend – and while I didn’t lose any client data (just Windows, any other software programs, and the items I stored on my Windows desktop), it still took 6 hours to get the computer back to square one.

Some tips to help you out… 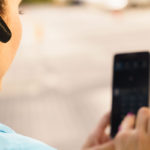 Why do people leave Bluetooth turned on? 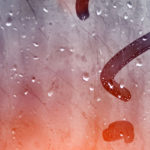 Have you ever thought about those who miss-spell your web-address?