Twitter, just like the popular sites before it (MySpace and Facebook) has exploded in recent months. So much so, that even your website’s Google ranking could be affected if you’re not on it!

So what does Twitter do, how does it work and why would it help your business?

In the personal realm, it’s generally used for groups of friends to tell others what they’re up to, seek encouragement and basically just be in contact all of the time without physically seeing or hearing the person. On the business side of the coin, it’s often used by companies to promote upcoming events & specials.

However – regardless of what you use it for, it’s important to remember that you should never toot your own horn too much. Remember that it’s all about social networking. If you meet up with a group of friends, it’s often seen as rude or snobbish to continually talk yourself up. The same applies on Twitter; you don’t want to become “that annoying person (or company) that just bombards me with useless information”.

Signing up for an account is free – just pick a username, set a password and you’re virtually ready to start tweeting.

You can post messages on Twitter (called “Tweets”) from the Twitter.com website, from your mobile phone as an SMS (SMS charges would apply – these depend on your phone company) or from a desktop application / iPhone.

Please get in touch if you need a hand. 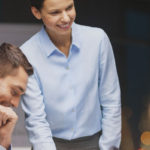 The benefits of joining an association 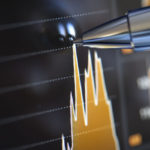